Speaking at the opening ceremony, Chairman Thanh said Vietnam and Laos in general and Quang Nam and Sekong provinces in particular have a longstanding relationship.

This special relationship has been steadily consolidated and effectively promoted in all fields of cooperation, bringing great benefits to the people of two parties.

According to Chairman Thanh, the Nam Giang - Dak Ta-Ook border gate economic zone will promote socio-economic development in the two provinces and the two countries, facilitate goods exchange and people’s travel between the two sides.

So, he asked relevant functional agencies of Quang Nam and Sekong provinces to strengthen their cooperation to foster economic activities and border security.

At the ceremony, the decision and resolution of the Governments of Vietnam and Laos on upgrading the main border gate of Nam Giang - Dak Ta-Ook into an international border gate was announced. 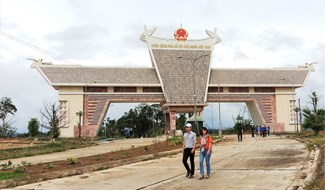 (QNO) - An opening ceremony of Nam Giang - Dak Ta-Ook international border gate between Quang Nam province (Vietnam) and Sekong province (Laos) takes place on August 14 under the decisions of the Governments of Vietnam and Laos. 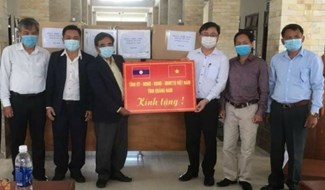