The event is very important to the diplomatic relationship between Vietnam and RoK in general, Quang Nam province and RoK in particular.

However, due to the Covid-19 pandemic, only Korean artists who had been in Vietnam participated in the event. The Jimiko’s violin cover of Hello Vietnam introducing the Vietnam’s and Hoi An’s famous landscapes was one of the attractive performances.

There were various activities at the Korean Cultural Days 2021 in Hoi An such as photo exhibition, experiences of Korea culture and food of Korea and Hoi An city, Korean tourism, performance art, Hoi An fair, Teakwondo competition, making Korea handicrafts.

Hoi An is destination popular with tourists in the world, especially Korean tourists. The Korean cultural days in Quang Nam contributes to attracting tourists to Hoi An after a long period of the Covid-19 epidemic.

Korean Ambassador to Vietnam Park Noh-wan affirmed that Vietnam and RoK are fostering a brighter future together. This event is an opportunity to introduce Korean culture to Quang Nam - a land rich in culture, history and friendliness.

It is also a preparation for celebrating the 30th anniversary of the establishment of diplomatic relationship between Vietnam and RoK.

The Korean Cultural Days 2021 in Hoi An will last until April 14. 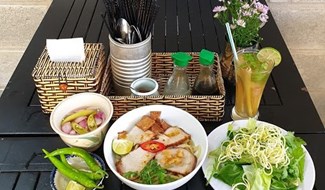 Hoi An: one of top culinary destinations

According to booking.com, Hoi An is appreciated as one of the attractive culinary destinations, especially traditional food by Vietnamese tourists. 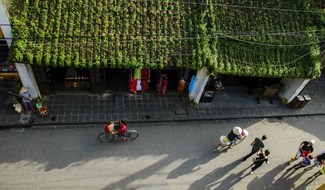 Hoi An- an amazing attraction

Hoi An ancient town (Quang Nam province) may be the most attractive tourist destination. Visitors always want to return to this place because of its charm.