New York (VNA) - Ambassador Pham Hai Anh, Chargé d’Affaires a.i. of Vietnam to the United Nations, has stressed the need for a general approach method to security issues in the context of climate change and terrorism, while addressing the UN Security Council’s open debate on “Maintenance of international peace and security:  Security in the context of terrorism and climate change” on December 9.

He called on States not to allow terrorist groups to exploit the tensions and grievances exacerbated by climate change to further erode State governance, increase recruitment, radicalize disenfranchised people, drawing them to violent extremism.

Urging a holistic approach at both global and national levels to address all aspects of these issues, he stressed that inclusivity is the key to ensure the active participation of vulnerable countries, communities, groups, women and youth.

Emphasising the need to adequately invest in anticipation and resilience, Anh also underscored that equality should be ensured by equity through international cooperation and solidarity.  No single country can deal with those threats along, especially climate change, he said.

It is necessary to focus on preventing and addressing the root causes of insecurity and support investment in human development — from health to education to social protection — in order to achieve the Sustainable Development Goals by 2030.

Moussa Faki Mahamat, Chairperson of the African Union Commission, emphasized that “the exacerbation of the climate situation with droughts is also exacerbating global tensions because of a scarcity of natural resources”. 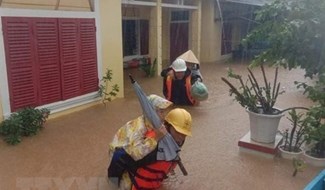 Hanoi (VNA) – Natural disaster prevention and control should be integrated into socio-economic development plans, especially in localities, experts said at a workshop on December 3. 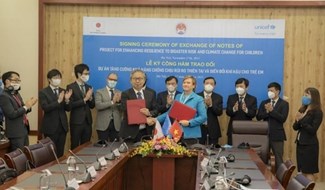 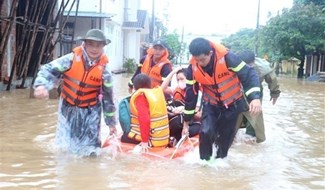 Hanoi (VNA) – The Embassy of Japan and UNICEF Vietnam on November 17 signed an exchange of notes for a project on “enhancing resilience to disaster risks and climate change for children”, which runs in Vietnam from 2021 – 2026.