Hanoi (VNA) - Vietnam requests parties concerned to respect its sovereignty and international law and abide by the Declaration on the Conduct of Parties in the East Sea (DOC) and the 1982 United Nations Convention on the Law of the Sea (UNCLOS), Foreign Ministry’s spokeswoman Le Thi Thu Hang has said.

She made the statement during the ministry’s regular press conference in Hanoi on May 27, in response to media questions about Vietnam’s stance on the Philippines’ preparations for the repair and upgrade of runway and infrastructure on Thi Tu (Thitu) Island in Vietnam’s Truong Sa (Spratly) archipelago.

Hang affirmed that Vietnam has sufficient legal basis and historical evidence to affirm its sovereignty over Truong Sa in accordance with international law. Every act violating Vietnam’s sovereignty and related rights on Truong Sa is illegal and valueless.

She also said Vietnam urges parties concerned to refrain from actions that could complicate the situation, and to make practical and active contributions to maintaining peace and stability in the East Sea and create an environment conducive to negotiations on a Code of Conduct in the East Sea (COC).

Maintaining peace, stability, order, security, and safety and freedom of navigation and overflight, abiding by law, and respecting the sovereignty and sovereign and jurisdictional rights of countries in the East Sea is the goal, interest, responsibility and common aspiration of all countries and the international community, she said, adding that Vietnam wishes that parties would strive to make responsible contributions to the issue./. 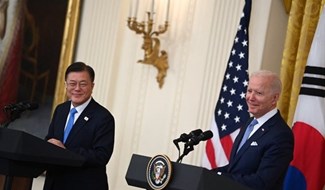 New York (VNA) – US President Joe Biden and his counterpart from the Republic of Korea (RoK) reaffirmed support for ASEAN centrality and the ASEAN-led regional architecture in a joint statement issued after their meeting at the White House on May 21. 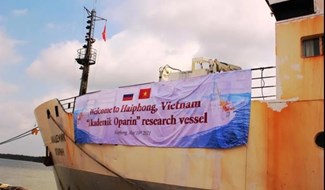 Hanoi (VNA) – The Vietnam Academy of Science and Technology on May 10 welcomed the Akademik Oparin research vessel of the Russian Academy of Sciences that came to conduct a joint scientific survey in the East Sea area of Vietnam. 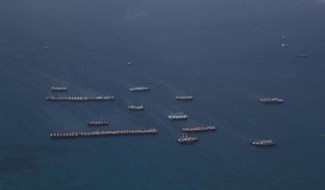 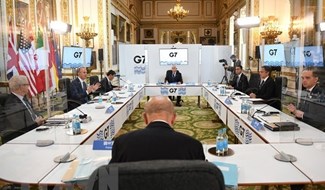