The project aims to strengthen the capacity of institutions to support child-centred and climate-sensitive actions through policy, advocacy and regulatory interventions, which will benefit children in Vietnam.

The project interventions are designed to enhance the capacity of key sectors to effectively respond to children's needs in an integrated manner, with focus on climate change, nutrition, water and sanitation, social and child protection.

“The climate crisis is a child’s rights crisis,” said Rana Flowers, UNICEF Representative in Vietnam. “Vietnam has been facing climate change related natural disasters such as drought and saltwater intrusion in the Mekong Delta Region and consecutive storms that caused heavy floods and landslides in Central Region last year.”

“Children are the least responsible for climate change, yet they will bear the greatest burden of its impact,” she emphasised.

UNICEF’s global report issued this year on the Children’s Climate Risk Index shows that children and young people in Vietnam are among those most at risk of the impacts of climate change, threatening their health, education, and protection. Many communities affected by climate change have pre-existing vulnerabilities and have been severely impacted by the COVID-19 pandemic.

“Vietnam has its own vulnerability to the impact of climate change, and in fact, we have already witnessed the damages caused by severe droughts, heavy floods and landslides in Vietnam,” said Yamada Takio, Ambassador of Japan to Vietnam.

“We also need to give due consideration to vulnerable people including children, by improving coordination between the local community and the authorities of the related sectors such as health, sanitation, water, and education,” he stated.

The project plans to equip children, families and communities with knowledge and life skills to cope with climate change and natural disasters in Central and the Mekong Delta regions, especially in Soc Trang, Ca Mau, and Bac Lieu provinces.

An estimated 20,000 people including 9,000 children will benefit from increased access to improved water, sanitation, and hygiene services, and 10,000 children under five years old will be screened for severe acute malnutrition for possible interventions by 2025.

Children will play a central role in this project as agents of change for a safe, clean, and green community. The project aims at developing climate change and environmental policies with and for children, enabling children’s participation, and reducing children's vulnerabilities and deprivations while advancing progress against international commitments such, particularly the Paris Agreement, the Sendai Framework and the Sustainable Development Goals./. 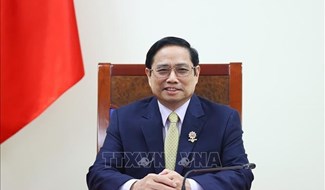 Hanoi (VNA) – The trip to the UK by Prime Minister Pham Minh Chinh to attend the UN Climate Change Conference (COP26) and visit this country will be a chance for Vietnam to show its responsible engagement in settling global climate change challenges and enhance the strategic partnership with the UK. 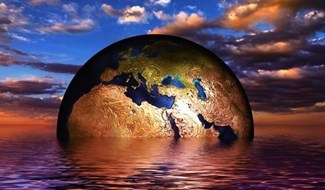 (QNO) - Hanoi (VNA) – Prime Minister Pham Minh Chinh’s attendance at the 26th UN Climate Change Conference of the Parties (COP26), to be held in Glasgow, the UK, from October 31 to November 3, demonstrates the Vietnamese Government’s determination and efforts in promoting and realising international commitments to climate change response.